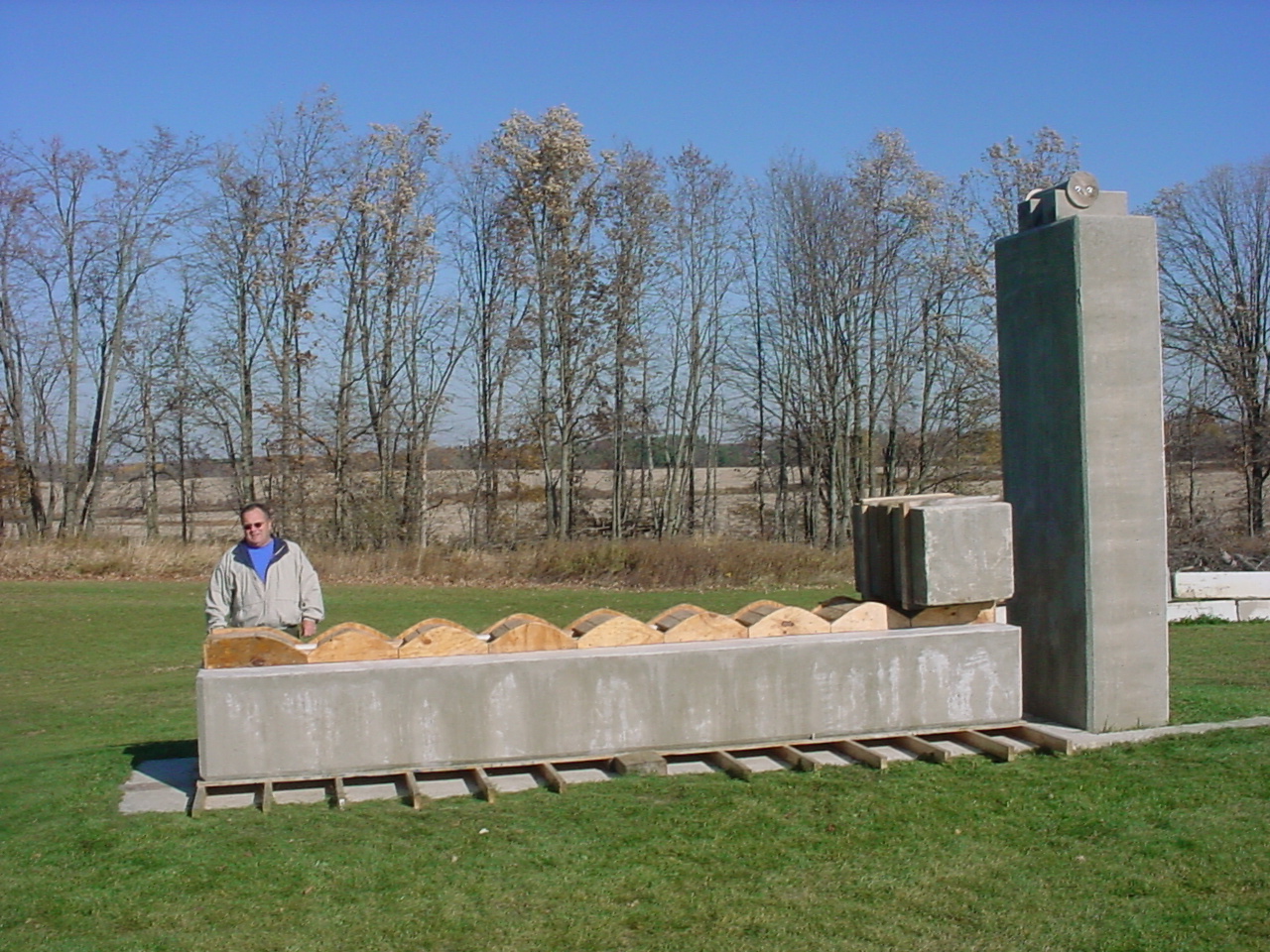 ã 1999-2012 W.T. Wallington. All rights reserved. The use or republication of this content is forbidden without the written consent of the author.

Project Spring 2004
The Egyptian Hoist: During experiments, I have found that a ramp constructed with a unit rise of one and a unit run of two gives me an advantage in hoisting or dragging a sled. This ramp has an ideal angle of slightly more than twenty-six degrees, and can be laid out with a string and a stone. Hoisting alone, I could raise one hundred eighty-five pounds at the speed of one hundred vertical feet per minute with little effort. It is more difficult to return to the start position than the actual hoist itself. I could easily drag a one-ton block on a sled over a flat and level surface at one hundred feet per minute. Theorizing: If this hoisting technique was used at the Great Pyramid during construction, it would take twenty seven men one minute to hoist a five thousand pound block at a rate of one hundred vertical feet per minute. The external ramp that a block would ride on is the same angle as the outside of the pyramid. I believe that there is enough room in the Grand Gallery (if ropes were strong enough) to hoist fifteen-ton blocks at a rate of one hundred feet per minute. Larger blocks could use the walking technique described earlier.In phase one of construction, the descending ramp would have been used until the ramp in the Grand Gallery was completed. Then the air shafts in the King’s chamber and anti-chamber were used to transfer power to the outside. A serviceable roller would be necessary at the bend in the air shaft leading from the king’s chamber. In order for hoisting to be continued, the rope had to be cycled through the queen’s chamber and through the air shafts therein to return to the outside. A raised floor is also necessary in the Grand Gallery to accommodate the workmen and give access to cycle the work force below the floor and back to the start position. In order to use this ramp, the start position is at the top. The workmen can use a harness around the lower back to attach to the main rope, which runs between their feet. The workmen must face the top of the ramp and lean backward to apply pressure to the main rope. Now the workmen simply walk backwards down the ramp while maintaining pressure to move the loads. The headroom in the descending ramp is adequate for this. I have found that one man, myself, can produce as much as .56 horsepower using this technique. Using this number, the total number of men needed to move stones from the quarry to their place in the Great Pyramid is eight hundred. (Side note: The aide of levitation or extra terrestrial assistance is not necessary.)